Here is a sample of the projects from Spring 2018: 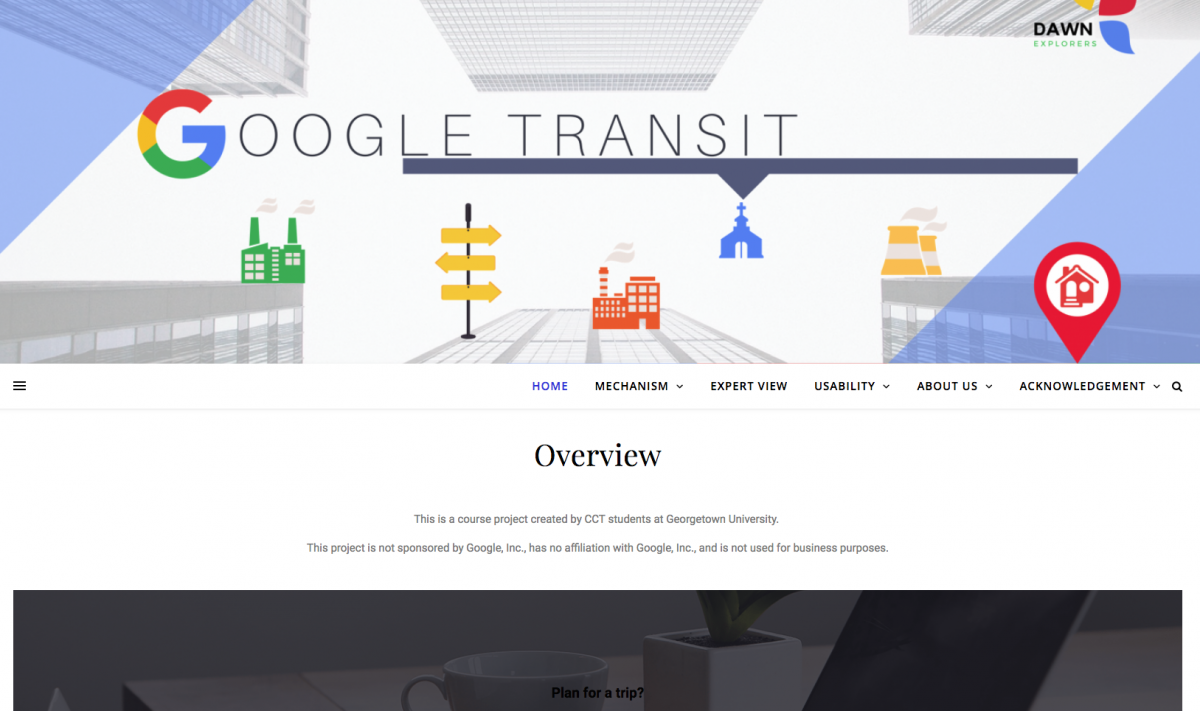 Google Transit is a transportation planner service embedded in Google Map that obtains latest data from travel agency to combine with the power of Google Maps. It gathers transportation information such as stops, routes, schedules, and fare to make trip planning quick and easy. For travel agencies and individuals around the world, it is a cost-efficient solution targeted at transit novices and seasoned travelers alike. 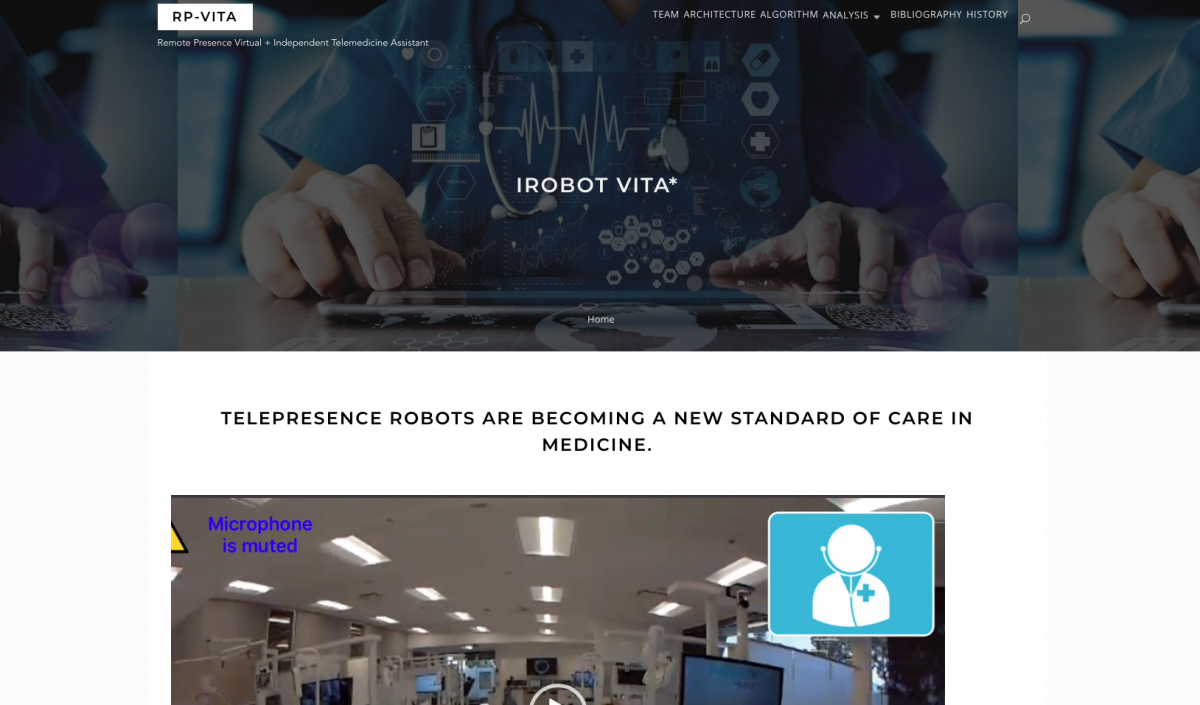 Telepresence or “remote presence” machines were originally developed to remotely repair space vehicles in orbit during the 1980s. Soon after, this concept migrated to the context of healthcare. In 2014, InTouch Health and iRobot partnered to produce one of the most sophisticated telepresence robots in medicine to date, the RP-Vita. We aim to uncover the complexities telepresence robots bring to clinical interactions and critically review how those complexities influence patient-provider communication. Additionally, this project aims to analyze the greater socio-technical implications of RP-Vita for communication in healthcare, and how robotic telepresence may both enhance and possibly impair the exchange of information between patients and providers of clinical care. 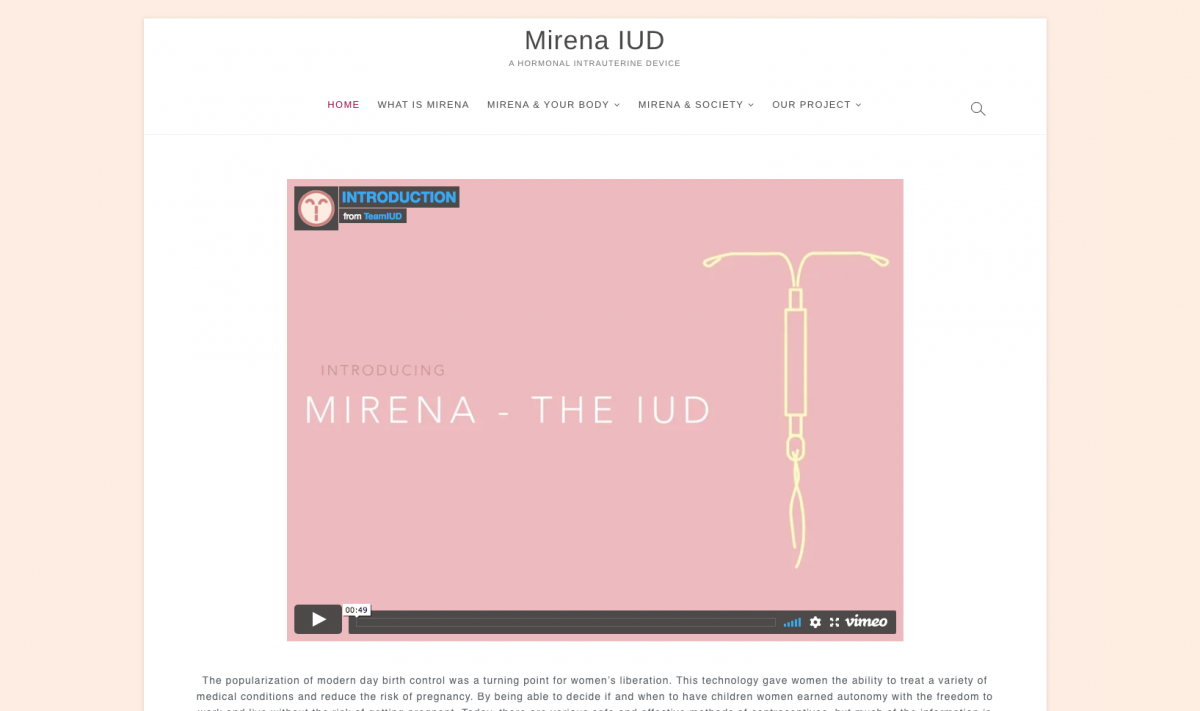 The popularization of modern day birth control was a turning point for women’s liberation. This technology gave women the ability to treat a variety of medical conditions and reduce the risk of pregnancy. By being able to decide if and when to have children, women gained autonomy over their bodies, and the freedom to work and live without the risk of getting pregnant. Today, there are various safe and effective methods of contraception, but much of the information is confusing, biased, or otherwise inaccessible. This website aims to educate and empower those who are interested in exploring a long-term hormonal birth control method. 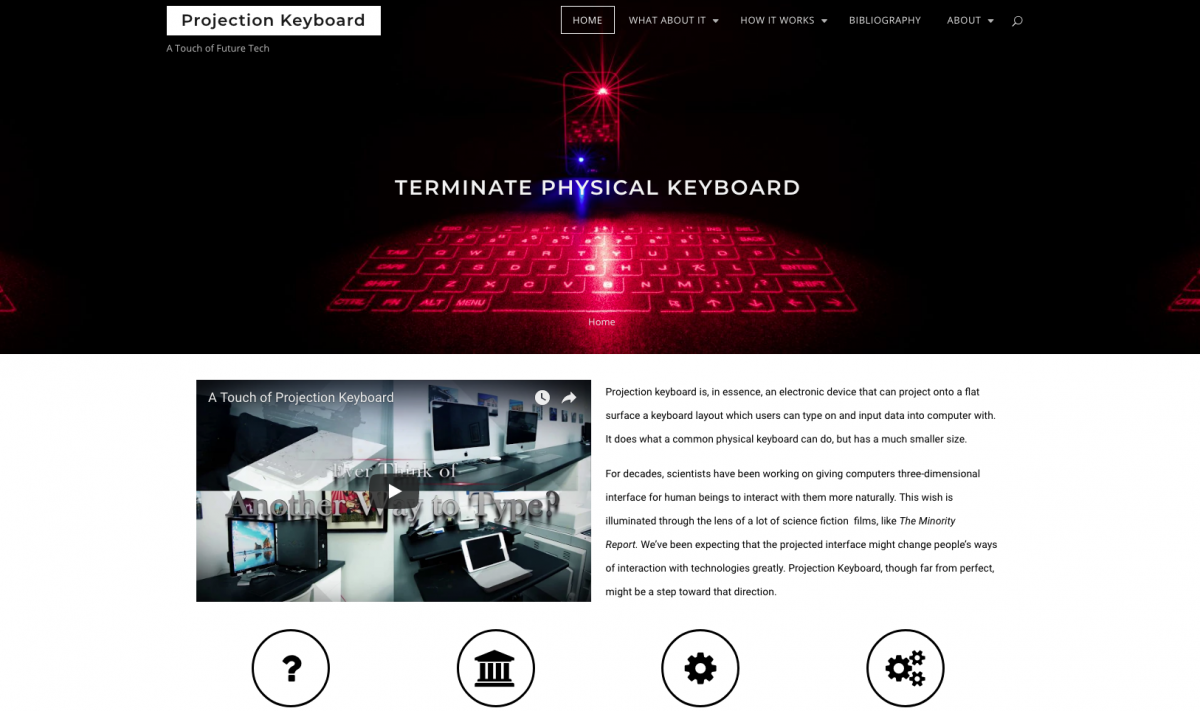 The projection keyboard is, in essence, an electronic device that projects keyboard layout onto a flat surface, which users can type on and input data into computer with. It does what a common physical keyboard can do, but is much smaller. For decades, scientists have been working on giving computers three-dimensional interfaces for human beings to interact with them more naturally. This wish is illuminated through the lens of a lot of science fiction films, like The Minority Report. We’ve been anticipating that projected interfaces might change people’s ways of interacting with technology significantly, and this projection keyboard, though far from perfect, might be a step in that direction.