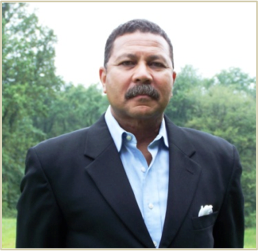 CCT Adjunct Professor, Adonis E. Hoffman, was appointed to serve as a member of the National Advertising Review Board (NARB), following the NARB annual meeting in January. The NARB is a respected and influential body, which is intrinsic to the advertising industry’s effort to sustain “truth and accuracy in national advertising” through self-regulation.

It was established in 1971 as part of a two tier system consisting of the National Advertising Division (NAD) of the Council of the Better Business Bureaus; and the National Advertising Review Board (NARB). The NAD is the investigative body, while the NARB is the appeals body of the system. The NARB membership has three categories: public; advertiser; advertising agency, and review panels have a representative from each category.

The NARB is supported by the Advertising Self-Regulatory Council, whose membership includes: the American Advertising Federation (AAF); the American Association of Advertising Agencies (4As); the Association of National Advertisers (ANA), the Council of Better Business Bureaus (BBB); the Direct Marketing Association (DMA); the Electronic Retailing Association (ERA), and the Interactive Advertising Bureau (IAB).
The self-regulatory system is designed to seek, through voluntary means, the cooperation of advertisers in assuring avoidance of false or deceptive advertising to the public. As such, it is not a mechanism to resolve disputes between competitors, although in carrying out its objectives, that result frequently follows. If the NAD and the advertiser reach an impasse as to whether claims in and advertisement can be substantiated, the advertiser has the right to review by an NARB panel. NARB panels review the decision and issue a final decision. If an advertiser refuses to accept the NARB’s decision, the matter can be referred to the appropriate law enforcement agency, usually the Federal Trade Commission, for action.

Hoffman is an attorney who spent 10 years as senior vice president and legal counsel for the American Association of Advertising Agencies (4As), the national trade association representing advertising agencies and media planning and buying firms. Prior to that, Hoffman served as an advisor to the Chairman of the FCC, and Deputy Chief of the Cable (now Media) Bureau at the Federal Communications Commission, where he headed up the Interagency Task Force on Advertising Practices.

Professor Hoffman serves on the Joint Advisory Council of Nielsen Media, the global company that measures what consumers watch and buy in over 100 countries. He is a member of the First Amendment Advisory Council of the Media Institute in Washington, and is the author of Doing Good–the New Rules of Corporate Responsibility, Conscience & Character. Hoffman is admitted to practice before the District of Columbia Court of Appeals; the U.S. District Court for DC; the U.S. Bankruptcy Court; the U.S. Court of International Trade, and the United States Supreme Court. He is an alumnus of Princeton University and Georgetown University Law Center. (’86)

At Georgetown, Professor Hoffman teaches courses on “Marketing, Advertising & Public Policy”; “Corporate Communication”; and “Corporate Responsibility” in the Communication, Culture & Technology Program (CCT) Program at the Graduate School of Arts and Sciences. He is the first Georgetown professor to serve on the National Advertising Review Board.