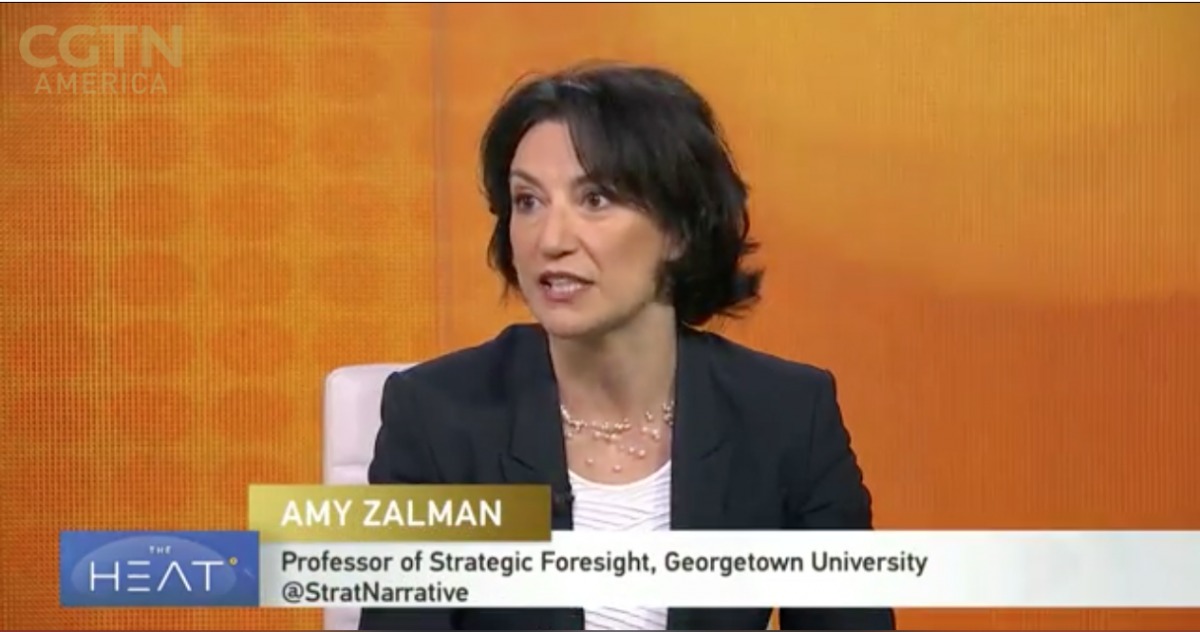 On April 20, 2017, Professor Amy Zalman (new window) spoke to CTGN’s The Heat about the impact of automation on the future of work.

“The Fourth Industrial Revolution is being called the next wave in labor—in which man and machine become one. Sounds like science fiction? From robots delivering a package to 3-D prints an artificial leg for a war veteran, we’re seeing that revolution in action.

But what does that revolution look like and what impact is it having on us?”