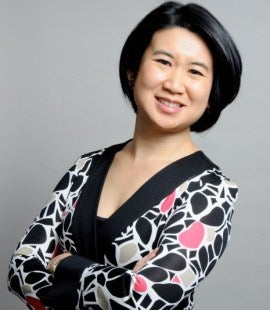 On May 1, Dr. Irene Wu spoke on “Rebuilding Soft Power in the Absence of Political Leadership” for the Asia Program at the Wilson Center. She described her research and the Wu Soft Power Rubric:

“Soft power is a country’s ability to persuade other countries to follow it. Soft power is about a country’s culture, values, and outlook attracting and influencing other countries. It contrasts with military or economic power. The US scholar Joseph Nye coined the term in the 1990s in part to explain the end of the Cold War. Maybe burgers and rock and roll, not just missiles and money, contributed to the collapse of the Soviet Union and Eastern Europe.

“Until now, there were two approaches to soft power – relying entirely on stories or ranking countries on a list. Relying entirely on stories is useful and essential, but makes it hard to compare countries with each other or across time. Ranking countries on a single list makes it seem there is only one kind of soft power and that a country’s soft power relationship with every other country is the same. We need a framework that takes advantage of the available quantitative data that also integrates well the stories, narratives, and other qualitative analysis necessary to understand fully soft power. The Wu Soft Power Rubric uses relevant quantitative data in a way that opens new vistas for qualitative and other analysis.

“What is new about my research is that I define a country’s soft power as the degree to which a foreign country looks at us as ‘we’ rather than as ‘they.’ When foreigners think of us as ‘we’ that means they have really committed to our point of view. From this perspective, it makes little sense to say that one country has soft power over another. Instead, it is more accurate to say that certain countries have soft power relationships with each other. It is possible to identify which countries have soft power relationships just by observing the level of interaction they have with each other. This is the basis of the rubric.

“The Soft Power Rubric includes indicators that show transnational people-to-people interactions: migration, study abroad, travel abroad, and watching foreign movies. For all four indicators, international organizations publish data for all countries online. Anyone can pull the data and make the comparisons themselves. There is no proprietary algorithm to transform these data into a ranking. From public sources, I have collected data on all four indicators from 1960-2015 for over 200 countries.

“Online I have posted several presentations of data using the Soft Power Rubric: