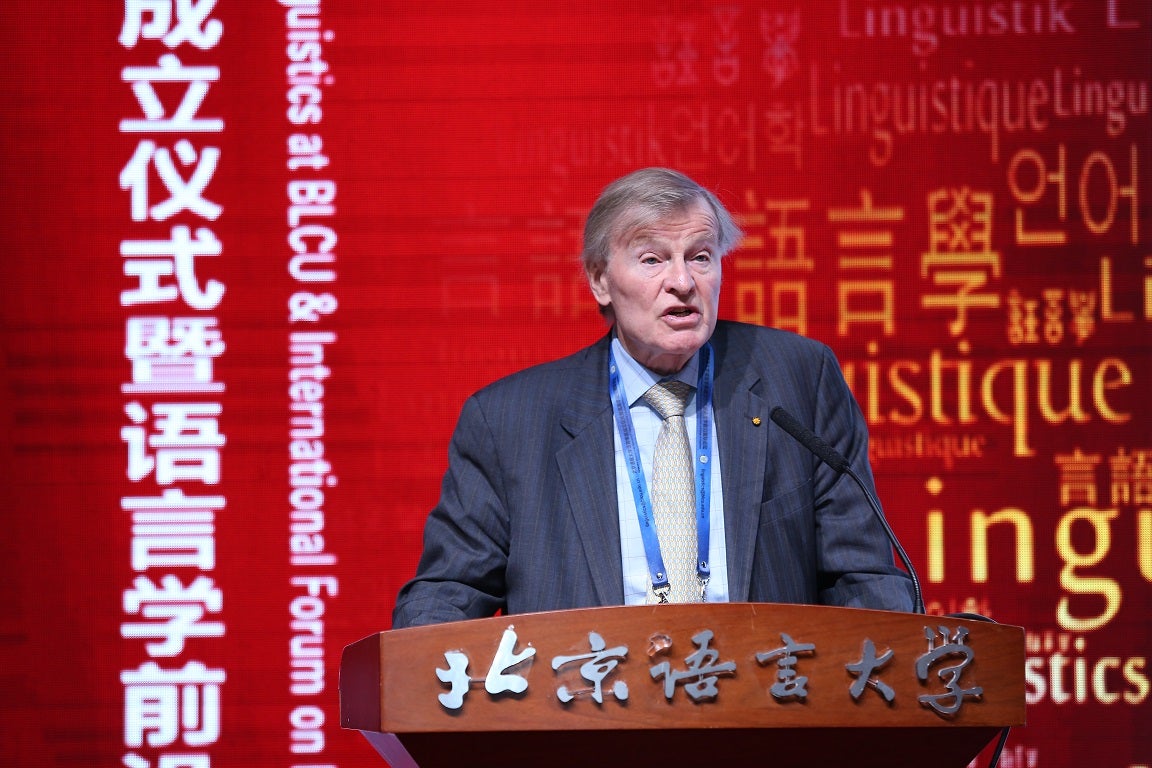 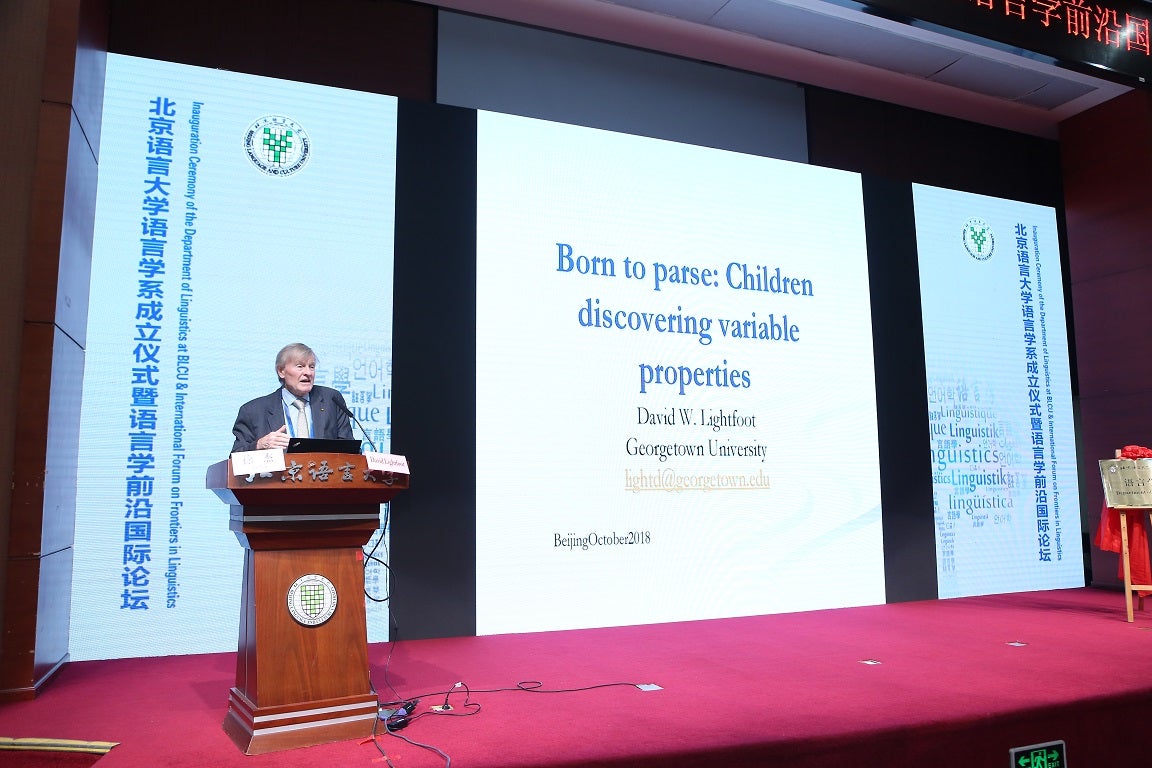 Prof. David Lightfoot was in China in October, giving lectures on language acquisition at Jiangsu Normal University in Xuzhou, Shanghai Jiaotong University in Shanghai, and at the Beijing Language and Culture University in the capital.
The event at BLCU was to mark the inauguration of the first stand-alone Department of Linguistics in China. The Chinese have engaged in creative language analysis for hundreds of years but only now do they have a full university department devoted to it.  BLCU’s pioneering effort to offer a slate of undergraduate courses in Linguistics will be the model to follow for future such departments in the country.

Prof. Lightfoot’s presentation was titled “Born to Parse: Children discovering variable properties.” He was one of four foreign-based researchers to give Keynote Speeches, along with Jim Huang (Harvard), Luigi Rizzi and Adriana Belletti (Geneva and Siena).  There were many Chinese researchers giving presentations.  And much festivity, which the Chinese know how to do!