[If you have problems with playing the video, see it at Youtube.] (new window) 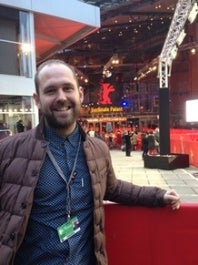 In the filmmaking world, it’s now normal not to go to film school.

Film school has its perks. It’s great for networking. It provides a space to consistently shoot films. It provides access to near-extinct traditional celluloid film.

But film school is pricey, especially in the United States, where tuition alone for a two- year MFA can exceed $100,000, and then students are expected to raise money for the films they shoot. Less expensive, alternative ways to practice the art—from online courses, to the do-it-yourself approach of the DSLR revolution (new window), to getting your hands dirty by working on someone else’s set—have shifted conventional wisdom away from film school, at least inasmuch as it should be considered a prerequisite to an impactful career.

Now imagine people’s surprise when, this past month at the Berlin Film Festival (new window), I told fellow participants that I turned down film school for an MA in “Communication, Culture and Technology.” One man, a filmmaker in his thirties, offered his condolences: “Wow, I’m so sorry. I went the Communications route too. That really sucks.”

I spoke at a conference the same week (new window) on film, music, and “cultural diplomacy.” There, the reaction to my academic choice-making was almost sympathetic: “I’m doing my Master’s in Political Economics, but I’m just like you—what I really want to do is make films!”

But that’s the thing, I’d tell them. CCT is what I really, really want to do. I gave them my usual story. 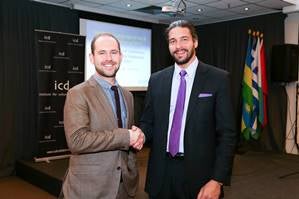 I made my first films as a teen in Chad with theatre actors, essentially friends and soccer teammates of mine, who performed socially-minded skits in our small, desert town. It wasn’t until 2012, after college in the USA and a stint working in politics in northern Africa, that I shot Faisal Goes West, my first film to direct in the United States. It was also my first screenplay—I wrote the script as part of my application to London Film School the previous year. I deferred admission when a friend, Justin Banta (new window), convinced me the film could and should be shot in Dallas.

The experience of Faisal taught me that a range of skills were crucial to seeing any project through—especially a film—from conception to production, and from completion to distribution. In short, to make a film is to run a business.

I knew I still needed a Master’s degree, but it didn’t make sense to go to film school, particularly as any thesis film would likely be the size and scope of Faisal, which was already on the festival circuit. I scratched the idea of film school altogether and focused on graduate programs that would help me explore other skillsets.

During a visit to Georgetown’s Linguistics department in 2012, an admissions representative recommended I walk down to the Car Barn and speak with Shane Hoon. And so began my journey to CCT.

During this process, I started to recognize another benefit—perhaps the strongest—of opting away from film school to another genre of graduate program: intellectual nurture as a stimulus to artistic expression. 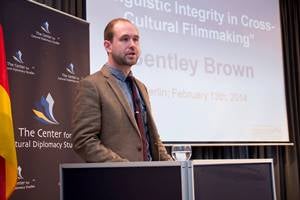 While living in Dallas during the making and post-production of Faisal, a common thread of discussion among friends such as Justin and other local filmmakers such as Shane Carruth and David Lowery, was the importance of the theoretical concept behind a film, or what could also be described as the boundless exploration of a core set of ideas throughout the writing and shooting of a film.

In the same vein, expanding one’s thinking and knowledge around a film’s subject leads to both a more nuanced artistic expression as well as a more intricate defense and debate of the finished film. This was especially important to me as Faisal dealt with contentious issues. As I was given increasing opportunities to speak about the film, I wanted to do so in a way that was as well-informed—and conversation- stimulating—as possible.

Courses I’m taking at CCT, such as Matthew Tinkcom’s seminar in “Postmodernism” and J.R. Osborn’s workshop in “Remix Practices,” serve as a critical space to explore and expand upon ideas, such as identity and expression, at the heart of how and why I pursue what I do through film. Casey Rae’s course “Remixing the Future of Music” sparked a new obsession with music editing and sound design, at the same time addressing theories behind copyright and distribution that have fundamentally changed the way I view the distribution of my own films.

Even the core “Fundamentals of Technology” course touches on technical functions and physics that are already handy as I write my next screenplay, which involves a character in rural Chad trying to start an FM radio station from scratch. 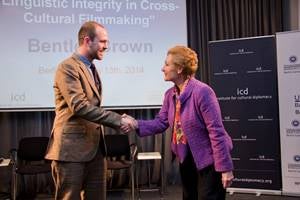 That said, perhaps most crucial during my time at CCT is the chance to meet and learn from fellow students, each with their own unique talents and interests, so many of whom share a desire to collaborate on projects that will expand beyond the program.

In the same way that there are infinite paths to making a film, there is also no “one,” singular “filmmaker personality.” On the contrary, the most common remark by people discussing their first or second features at Berlin was “I had no idea what I was getting in to” or “Everyone thought I was crazy.”

No matter the location or avenue for exploration, it is an individual’s passion and drive to learn that matter most. The resources and skills needed for a project will follow—especially through a degree such as CCT that encourages big thinking in addition to technical know-how—even when an idea might seem raw, out of reach, or grandiose.

CCT, for two years, is my space to grow, to develop ideas, to challenge myself in new domains, and to learn from others, all while maintaining a constant focus on the art of visual storytelling. And this is why—even though it may serve very different purposes for other students—CCT is my film school.