As part of a personal search for their own identity, second-year CCTers Dur Kattan and Fatima Al-Dosari conducted an independent research called “Tribes Rehashed: An Exploration of Arabian Gulf Identity in the Information Age (new window).” Dur and Fatima collaborated on a paper that summarizes literature and two distinct case studies about collective and individualistic Arabian Gulf tribal identity in Twitter. They also produced a short experimental film about four young men and women from the Arabian Gulf acting out what their identities and the identity of other participants based on their tribal names mean to them. Dur and Fatima would like to thank CCT Professors Dr. Linda Garcia and Dr. J.R. Osborn, and the Linguistics Department Professor Dr. Cynthia Gordon for their guidance throughout the research. 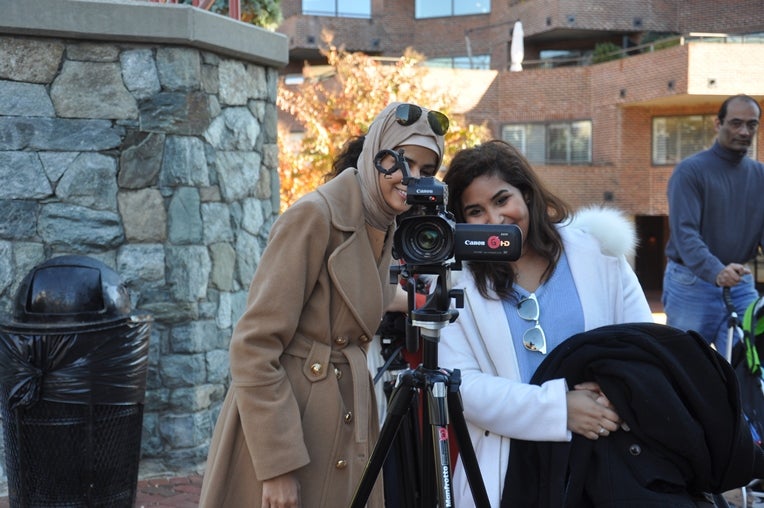