Jingle All the Way with CCT Roadrunners

On Sunday, December 7, 2014, the Jingle All the Way 5K Road Race took place in the heart of DC. People from all across Washington gathered to celebrate the season in their holiday themed costumes. The CCT Roadrunners, led by Professor Diana Owen, were among the crowd of people filled with Christmas cheer. Representatives of CCT included Chris Heidenrich, Antonio Rodriguez, Oscar Toledo, Jeffrey Owen, and Angela Hart.

The Jingle All the Way 5K Road Race was the perfect way to kick start the holiday season. Dressed in red, green, and white, reindeer and elf hats alike, the group embodied the holiday spirit. Finishing with respectable times, everyone completed the race with smiles on their faces. 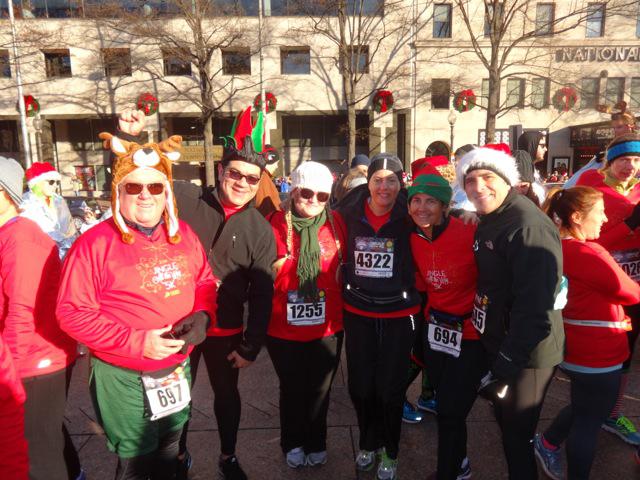