Professor Osborn presents his book to Museum of Islamic Art 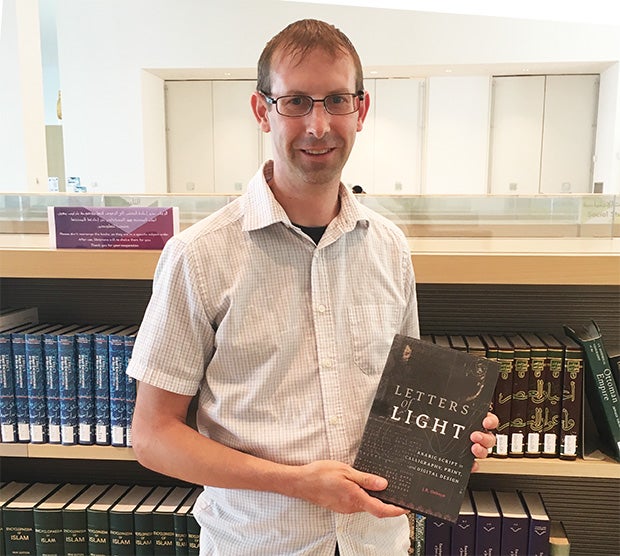 Professor J.R. Osborn (new window) stopped by the Museum of Islamic Art in Doha, Qatar (new window) to present a copy of his new book Letters of Light: Arabic Script in Calligrpahy, Print, and Digital Design for the museum library. J.R. used several of the museum’s books and resources while researching his own. In the summer of 2014, J.R. brought a group of CCT students to Doha (new window) for a three-week program on “New Communication Technologies and Politics in the Arab World: Perspectives from the Gulf,” which he directed with Mohamed Zayani (new window). During that summer, students studied the museum’s use of digital technologies for preservation and display. J.R. later returned to museum after receiving a Hamad Bin Khalifa Travel Fellowship, which allowed him to attend “By the Pen and What They Write: Writing in Islamic Art and Culture,” the Sixth Biennial Hamad bin Khalifa Symposium on Islamic Art. Letters of Light was finalized shortly after this influential symposium on Arabic script.