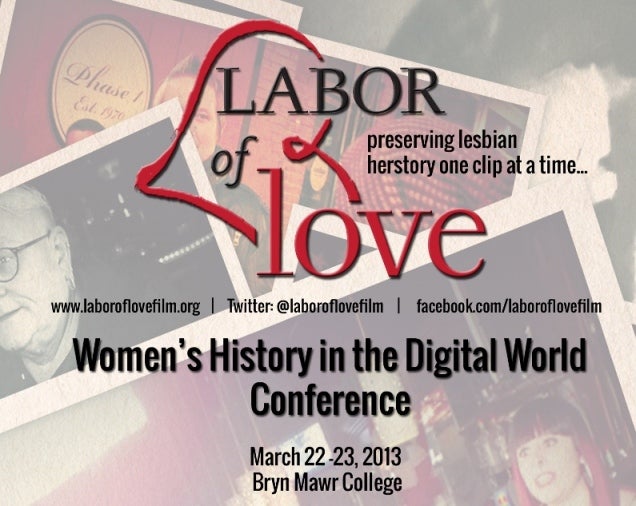 At the Women’s History in The Digital World Conference (@GreenfieldHWE) at Bryn Mawr College March 22-23, Kelsey Brannan (@KelsBran), a 2nd CCT student, will talk about the process of building her digital media thesis project, Labor of Love, to serve as a research study on lesbian culture. www.laboroflovefilm.org. | @laboroflovefilm | facebook.com/laboroflovefilm.

The District of Columbia (D.C.) is one of the most politically and ethnically diverse regions in the U.S. (“District of Columbia Census,” 2012). D.C.’s multicultural environment provides the lesbian, bisexual, transgender, and questioning community with unique opportunities to build community spaces. Yet, out of all major US Cities, DC’s LGBTQ community has the smallest LGBTQ resource center in the nation and is continuously subject to the adverse effects of gentrification, segregation, and transient migration. Using video and ethnographic methods, this project investigates why it has been hard to create a community space that is appealing for women of the LGBTQ community. Drawing from interviews with 35 lesbian women, all of whom had a role as a leader within a lesbian community space in DC between 1980 and 2012, the research conveys that despite the development of online dating and other forms of social connection via the web, women still desire a physical space to foster community. While the documentary portion of the project follows the voices of the women interested in creating a new space, this paper ultimately reveals how a researcher transformed herself from merely investigating a problem, to then becoming part of a solution. By creating an online media archive of her media entitled “Labor of Love,” Brannan was able to make a community problem public to then instigate change. Her thesis builds on the literature of reflexive ethnography to show how visual anthropology can become a tool for activism, and ultimately, her ver own labor of love. In other words, her presentation at Bryn Mawr will serve as a road map for the ways in which a researcher, who is already a member of the LGBTQ community being researched, can build rapport and create change within a community. 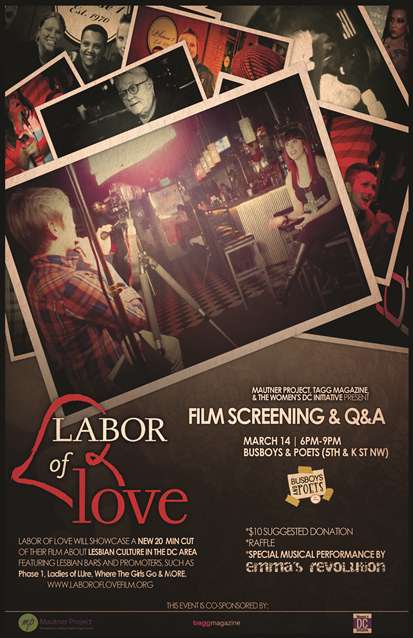