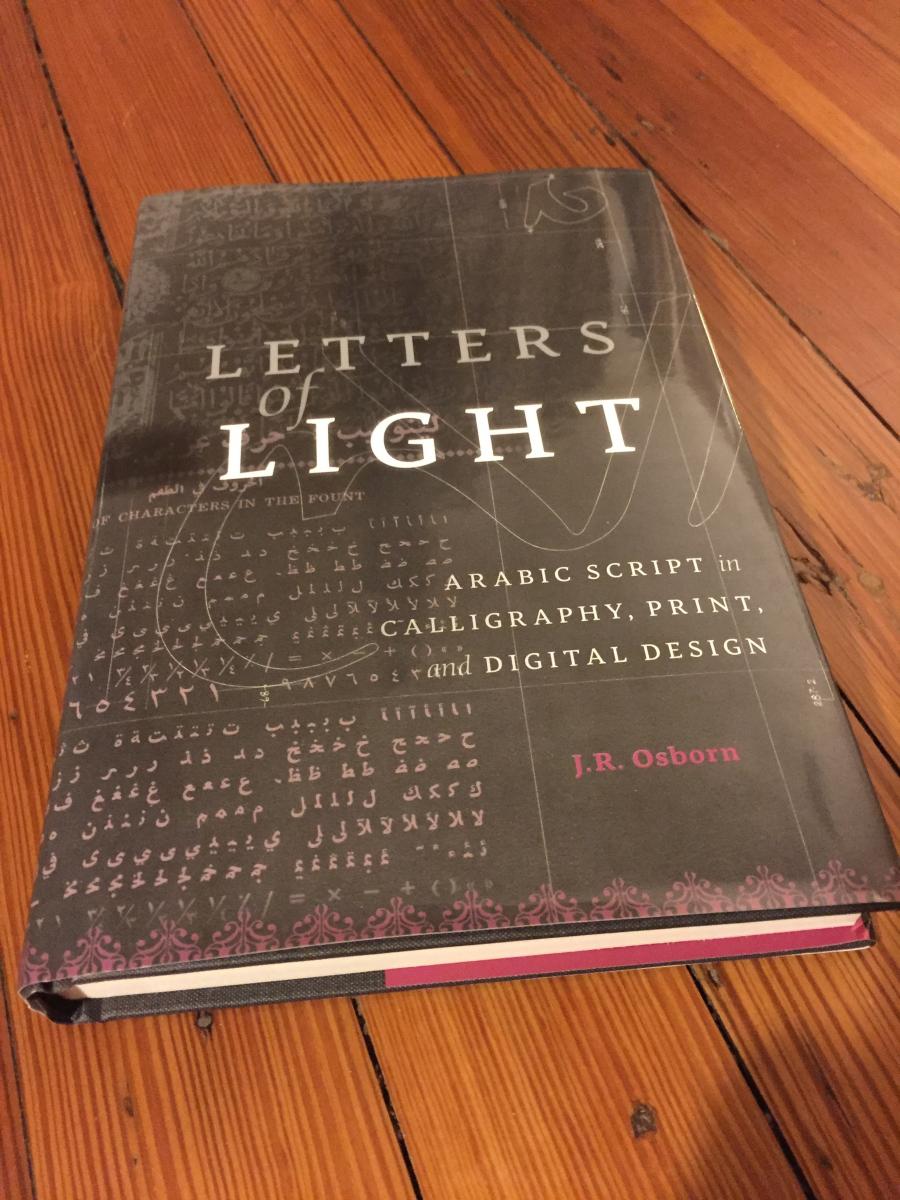 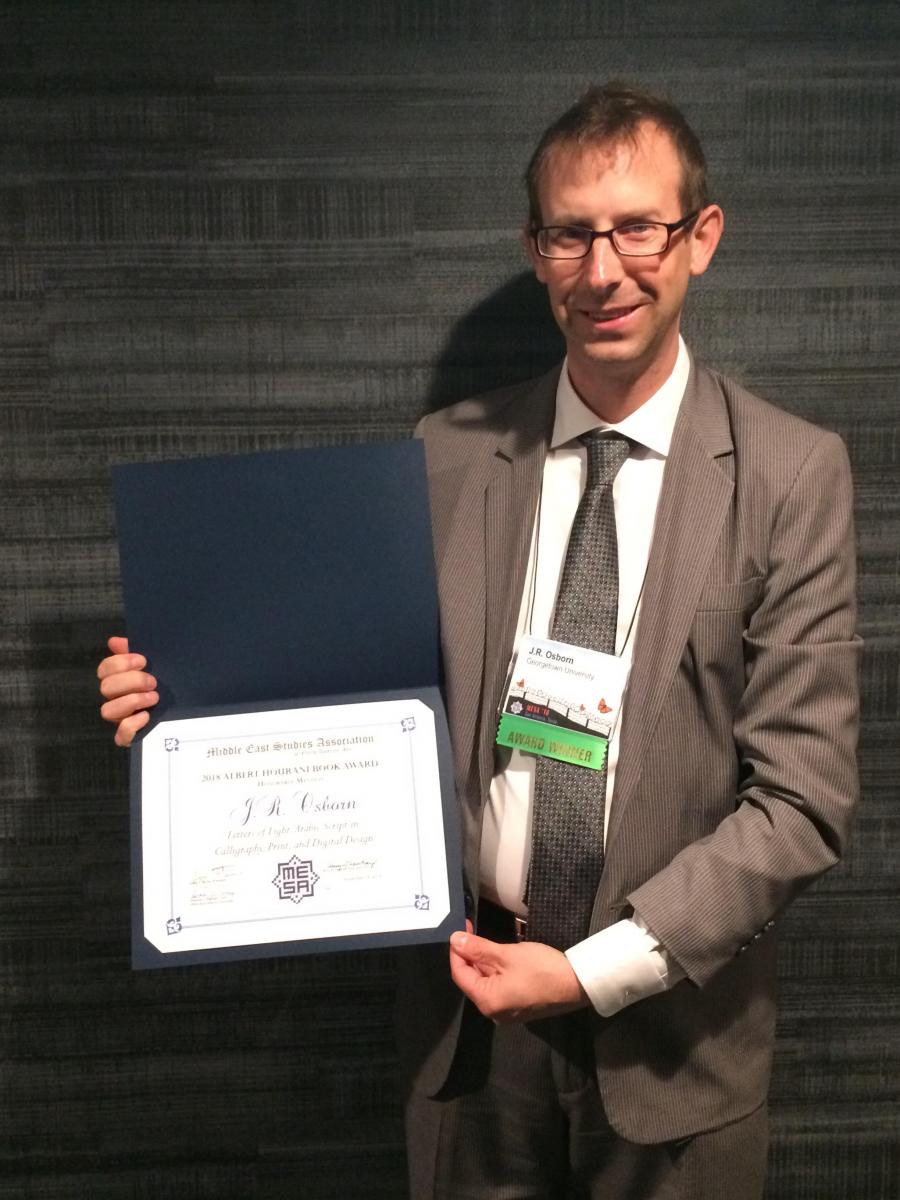 CCT’s Professor J.R. Osborn’s Letters of Light: Arabic Script in Calligraphy, Print, and Digital Design received an Honorable Mention for the Albert Hourani Book Award from the Middle East Studies Association (MESA).  The recognition was announced November 16 at MESA’s Annual Meeting in San Antonio. The Awards Ceremony was preceded by the 2018 MESA Presidential Address, which was given by current MESA President Judith E. Tucker of Georgetown University’s Department of History.

The full award citation from MESA:
“In smooth and elegant prose, Letters of Light studies Arabic print from the vantage points of literacy, writing (including calligraphy and scribal practice), printing, material book culture, coding, and digital interfaces. J.R. Osborn focuses on Arabic script at three points in Islamic history: the height of the Abbasid era around 1000; the era around 1500 when the Ottoman Empire was expansive and flourishing; and our current digital age, circa 2000 to the present. Along the way, he tackles significant debates about Arabic script – for example, why the Ottoman world ostensibly tarried in adopting movable-type Arabic printing. He convincingly shows how the legacies of scribal histories accompanied Arabic as it transitioned into modern mass media.

Art historians, intellectual historians, scholars of Arabic literature and communications, practicing calligraphers, and specialists in the history and anthropology of print culture will appreciate this lucid and groundbreaking book. Scholars on the graphic interface side of computer science will welcome it, too. The ability of Letters of Light to span topics ranging from Qur’an manuscripts to Unicode across a thousand years of history, while presenting a coherent, theoretically nuanced and engaging narrative, signals Osborn’s outstanding achievement. For all these reasons, the Committee is proud to recognize J.R. Osborn’s Letters of Light as Honorable Mention for the Albert Hourani Book Prize.“