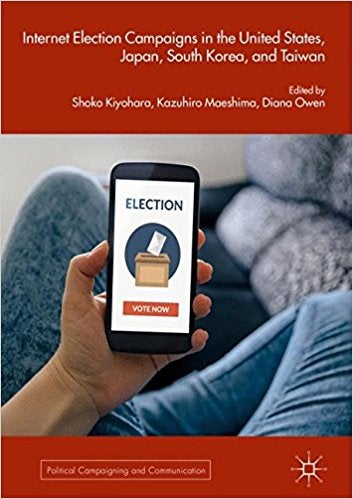 The book Internet Election Campaigns in the U.S., Japan, South Korea, and Taiwan investigates how institutional differences, such as the roles of political parties and the regulation of electoral systems, affect the development of Internet election campaigns in the U.S., Japan, Korea, and Taiwan. It examines whether or not the “Americanization of elections” is evident in East Asian democracies. While Japan is a parliamentary system, the U.S. and Korea are presidential systems and Taiwan is a semi-presidential system that has a president along with a parliamentary system. Furthermore, the role of the presidency in the U.S., Korea, and Taiwan is quite different. Taking these variations in political systems into consideration, the authors discuss how the electoral systems are regulated in relation to issues such as paid advertisements and campaign periods. They argue that stronger regulation of election systems and shorter election periods in Japan characterize Japanese uniqueness compared with the U.S., Korea, and Taiwan in terms of Internet election campaigns.