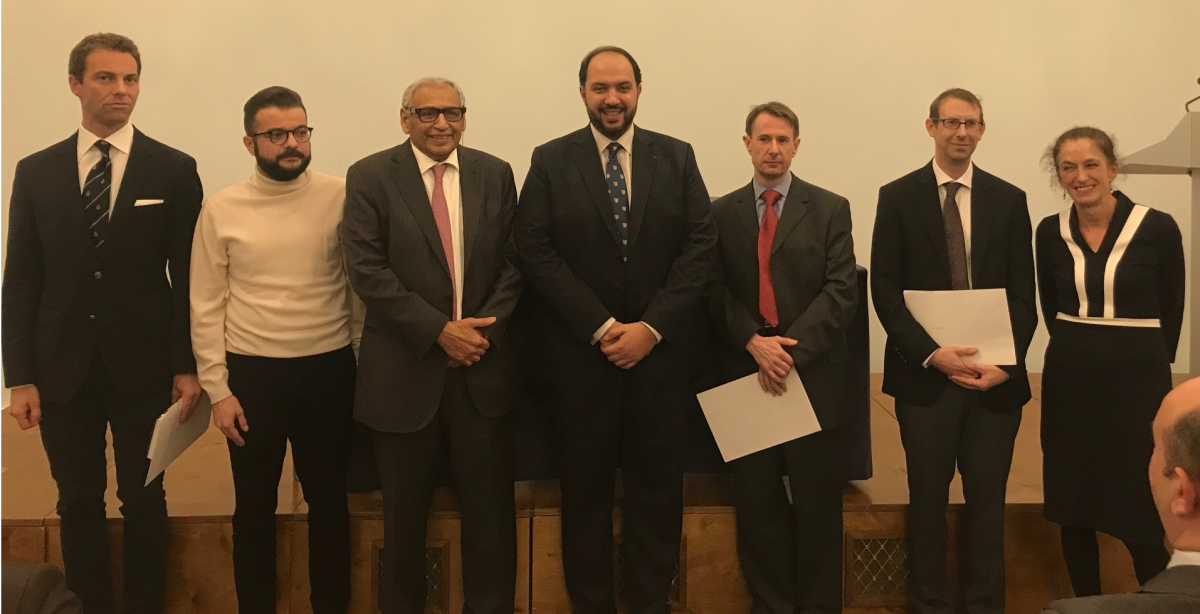 CCT’s Professor J.R. Osborn’s book Letters of Light: Arabic Script in Calligraphy, Print, and Digital Design was announced as the joint winner of the 2018 British Kuwait Friendship Society Book Prize during an Award Ceremony hosted at the British Academy on November 30, 2018.  The award, sponsored by The Abdullah Al-Mubarak Al-Sabah Foundation, recognizes “books of sound scholarship which enhance understanding of the Middle East among a wider readership in the English speaking world.”  The foundation’s representative, Sheikh Mubarak Abdullah Al-Mubarak Al-Sabah, the Kuwait Ambassador Khaled Al-Duwaisan, and Frances Guy, Chairwoman of the Book Prize Committee, spoke at the ceremony.

From the committee’s statement:
“This book, as the author himself admits, was 20 years in the making and this is reflected throughout the book. One reviewer suggested that ‘This is the kind of book that great scholars sometimes write at the end of their lives: a book that sums up, in an astonishingly accessible way, decades of profound thought and dedicated research’. It is not least for that astonishing accessibility – the great pleasure that this book is to read – that it has been selected for this award.”

This is the second recognition for Letters of Light this month, which also received an honorable mention for the Albert Hourani Book Award from the Middle East Studies Association.

Pictured above: Prof. Osborn (second from right) with other honorees, the Kuwaiti Ambassador, and members of the Book Prize Committee.